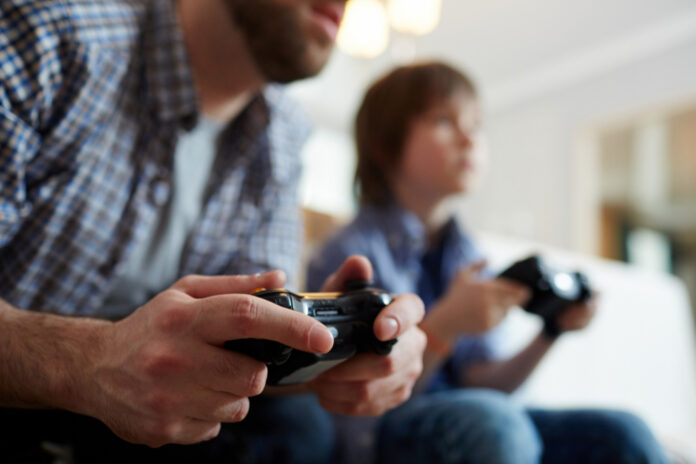 Video gaming has long been a popular leisure pursuit, but only within the past decade has there finally been options to monetise it. The rise of e-gaming has given many gamers the option to play it professionally, treating it like a job with many being compensated better than your average 9-to-5. We are seeing teams of gamers playing in arenas and online in front of crowds usually reserved for professional sports such as football and basketball, and sometimes being rewarded with similar pay. Even more recently there have been games released that function on a play-to-earn basis too. Below we look at a few ways through which you can earn money from video games.

Sites such as Twitch have created a whole new channel for gamers to earn money by allowing people to build a following of fans watching them play video games. Anyone can sign up to the platform and start streaming themselves playing any game and in turn build a following. This following can be monetised through crowdfunded subscriptions and donations. The top streamers have earned millions of dollars through the Twitch platform alone and this is besides the money they earn from creating and posting videos on Youtube, as many of them do. Streaming gameplay is growing and will continue to for the foreseeable future, especially as consoles such as the PS5 and Xbox Series X become more prevalent.

Only quite recently have there been games that actually reward you for playing. Axie Infinity is the best example of this where the game is tied to cryptocurrency and the rewards you get for playing the game and completing objectives are paid in crypto, which can then be converted to a fiat currency. How do they earn money from you playing a game you may ask? Well, in this game’s case, playing the game actually mines more crypto and the more users there are, the higher the valuation is likely to go.

Go professional and join a team

With this option you are not so much in control of your ability to earn. Becoming a well known player through streaming can bring you attention and then increase your chances of being scouted for an e-sports team, but this is pretty much the best way to get yourself onto a team. Joining gaming tournaments (and doing well) is a good way of getting scouted and even possibly sponsored, which can result in an income.

There are so many options when you go down this road. Some gamers build up a profile or account on games such as World of Warcraft and later on sell the account. Others get into the business of buying cheap games consoles and reselling them in other markets. The current gaming market sees more value in the intangible assets such as in-game items, rather than hardware such as consoles or accessories. This has made this industry a lot more accessible and profitable.

A Basic Guide to Blockchain Technology

© On The Beak
MORE STORIES
Hobby

A Basic Guide to Blockchain Technology